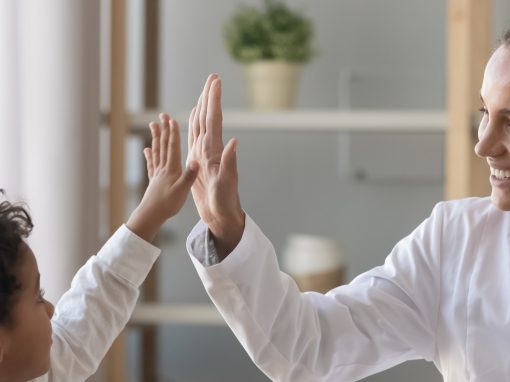 DECISION OF DISTRICT COURT IN THE HAGUE IN NOVARTIS V MYLAN

Supplementary Protection Certificates (SPCs) and Orphan Drug Exclusivity are different regimes which provide market exclusivity for medicinal drug products. Under both regimes, an extension of the term of exclusivity can be obtained by conducting paediatric testing of the product. While an SPC may not benefit from this “paediatric extension” when the product in question is also the subject of an orphan medicinal product designation, this case addresses the question of whether the SPC term can be extended for a product that used to be (but is no longer) designated as an orphan medicinal product.

In Europe, Orphan Medicinal Products are medicinal products that are intended for the treatment of conditions that affect no more than 5 in 10,000 people in the EU. In order to incentivise the development of treatments for these rare conditions, products designated as Orphan Medicinal Products enjoy 10 years of marketing exclusivity from the date of their marketing authorisation. In addition, Article 37(1) of the Paediatrics Regulation (EC Regulation 1901/2006) provides for a 2-year extension of this period of exclusivity if the Orphan Medicinal Product undergoes studies conducted in compliance with an agreed paediatric investigation plan. In this case, the period of exclusivity is therefore 12 years from the date of the marketing authorisation,

SPCs are granted to patent holders of medicinal products in order to compensate the patent holder for the delay in them being able to market their product whilst they obtain the required medicinal product marketing authorisations. SPCs provide up to 5 additional years of “patent-like” protection for a product which is the subject of a marketing authorisation.

Article 36(1) of the Paediatrics Regulation provides for a 6-month extension of an SPC for a product that undergoes studies conducted in compliance with an agreed paediatric investigation plan. However, Article 36(4) states that this 6-month extension shall not apply to products designated as Orphan Medicinal Products.

Novartis is the owner of European Patent No. 0914118 covering its oral iron chelator, which is sold under the trade mark Exjade TM. The patent expired on 24 June 2017, but Novartis obtained an SPC on the ExjadeTM product to extend protection under 30 August 2021. Novartis had also requested a paediatric extension of their SPC in 2018 taking the final SPC expiry date to 28 February 2022.

Following Mylan being granted a marketing authorisation for its generic version of ExjadeTM, Novartis informed Mylan of its SPC covering the product. In response, Mylan stated that they did not intend to launch their product until after 30 August 2021 but considered that the 6-month paediatric extension to the SPC was invalid.

Novartis then sought a preliminary injunction in The Netherlands against Mylan where the question of the validity of the paediatric extension to the SPC was formally challenged.

In the proceedings, Mylan argued that as ExjadeTM had previously been designated as an orphan medicinal product, Novartis was not entitled to the additional 6-month SPC term provided under Article 36(1) of the Paediatric Regulation. Instead, Mylan considered that Novartis were only entitled to the additional 2 years of marketing exclusivity as a result of their orphan medicinal product designation.

The judge of the District Court of The Hague however ultimately concluded that the Paediatrics Regulation does not prevent products that had previously been designated as Orphan Medicinal Products in the past being eligible for an SPC paediatric extension.

It was held that there would be no “doubling-up” of protection (an argument advanced by Mylan) as the SPC and the Orphan Medicinal Product designation were not in force at the same point in time.

The judgement of the District Court of The Hague is not binding on other courts in EU member states or on UK courts. However, given the level of harmonisation of SPCs, marketing authorisations and Orphan Medicinal Product designations across the EU and extending to the UK, it would be surprising if another court in a different jurisdiction came to an opposing view to the one of the District Court of The Hague in this judgement.