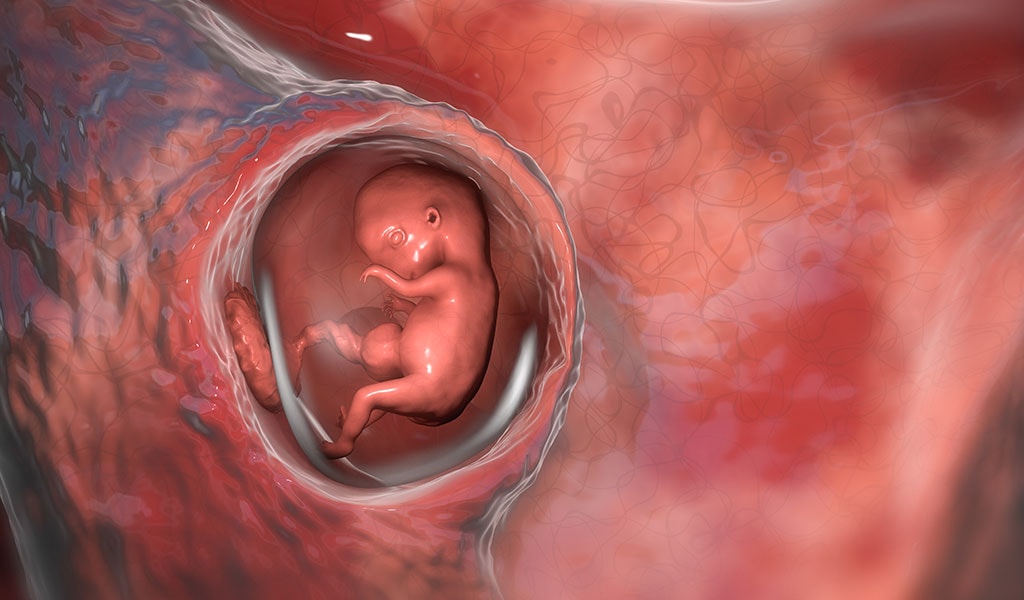 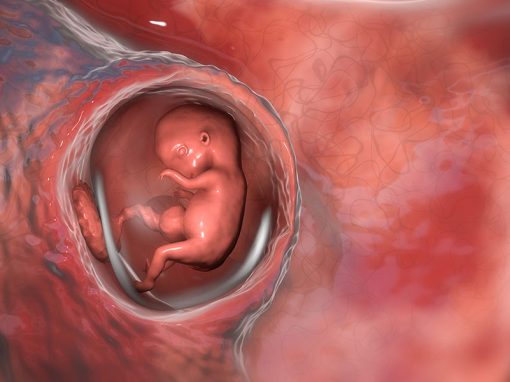 The Sanctity of the Embryo

Following the EPO hearing on 24th June 2008, we now wait for the key biotech patentability decision in case G 02/06 before the EPO’s Enlarged Board of Appeal (EBA). It’s an important one. And it’s about time. The decision is said to be due out before the EPO summer holidays…

The case concerns questions referred to the EBA following refusal of European patent application No. 96903521.1 (Publication No. EP0770125, the “WARF application”) in the name of Wisconsin Alumni Research Foundation, relating to “Primate ES cells”. Oral Proceedings were scheduled for 24th and, if need be, 25th June 2008. In the event only one day was needed. The case should decide the patentability of human embryonic stem cells (hESCs) per se and the application of certain of the morality provisions of the European Patent Convention (EPC), specifically Article 53(a) in conjunction with Rule 28 [previously Rule 23d] and Rule 29 [previously Rule 23e], to inventions involving the use of an embryo or the use of cell or tissue obtained from an embryo.

Clearly, whether a claim to an isolated human embryonic stem cell (hESC) is patentable per se hangs on the decision. Not so apparent, but equally important and possibly more so, is the consequence of the decision on all of those pending applications which concern inventions directed at cells which are not hESCs but which have been obtained from a hESC which has in turn been obtained from an embryo (thus “using” an embryo in the process). These applications may concern, for example, pure populations of human tissue stem cells (blood stem cells to name but one) made by a process which started with embryo-derived hESCs which were then differentiated to create the tissue stem cells.

The WARF application was filed in 1996 with claims that embrace hESCs per se. Directive 98/44/EC of the European Parliament and of the Council of 6 July 1998 on the Legal Protection of Biotechnological Inventions (the “Biotech Directive”) came into force after the filing of the application. Its Article 5 was incorporated into the EPC as:-

The human body and its elements

(1) The human body, at the various stages of its formation and development, and the simple discovery of one of its elements, including the sequence or partial sequence of a gene, cannot constitute patentable inventions.

(2) An element isolated from the human body or otherwise produced by means of a technical process, including the sequence or partial sequence of a gene, may constitute a patentable invention, even if the structure of that element is identical to that of a natural element.

(3) The industrial application of a sequence or a partial sequence of a gene must be disclosed in the patent application.

Article 6 was incorporated into the EPC as:-

Under Article 53(a), European patents shall not be granted in respect of biotechnological inventions which, in particular, concern the following:

(a) processes for cloning human beings;

(b) processes for modifying the germ line genetic identity of human beings;

(c) uses of human embryos for industrial or commercial purposes;

(d) processes for modifying the genetic identity of animals which are likely to cause them suffering without any substantial medical benefit to man or animal, and also animals resulting from such processes.

{emphasis added in both cases}

At the time of filing the WARF application, the disclosure of the specification instructed the skilled person to obtain, from an embryo, the relevant starting material from which to make the hESCs. Today, following significant technological advance, human embryonic stem cell lines (stable populations of hESCs available typically from a depository of cells and submitted to the depository by a third party) are available to anyone wishing to repeat the invention, thus apparently making available a route to obtaining the hESCs covered by the claims without using an embryo. So, embryos are no longer necessarily destroyed in carrying out the invention.

There is also the question of whether a rule inserted as a result of legislation passed in 1998 should have impact upon an application filed in 1996 (based upon a 1995 priority date).

To resolve these issues, the following questions have been referred to the EBA in G 02/06 (n.b. using the pre-EPC 2000 rule numbering):-

— 2. If yes, does Rule 23d(c) EPC [now Rule 28(c)] forbid the patenting of claims directed to products (here: human embryonic stem cell cultures) which – as described in the application – at the filing date could be prepared exclusively by a method which necessarily involved the destruction of the human embryos from which the said products are derived, if the said method is not part of the claims?

— 4. Is it of relevance that after the filing date the same products could be obtained without having to recur to a method necessarily involving the destruction of human embryos (here: e.g. derivation from available human embryonic cell lines)?

Interest in the case has been, to say the least, intense. I do not know the arrangements made at the EPO to accommodate the anticipated number of third party observers but the EPO should be ready for a scrum. I have even enquired whether the Oral Proceedings can be available via webcast to accommodate all those who wish to keep track of the proceedings in real time; this seemed worth asking but such a webcast would be new ground for the EPO.

As a measure of the level of interest, one has only to look at the application’s on-line file history. No doubt there will be those with more accurate figures than mine, but I reviewed the Amicus Curiae briefs submitted to date and have counted in excess of 200, divided very approximately as follows:-

Into this latter group I have included all of the briefs I saw which whilst varying somewhat seemed to have essentially the same content and be based upon a standard form of wording. Many of these are photocopies of the same brief with the name of the contributor changed, or the same brief retyped with slightly alternative headers and footers, sometimes with additional personal comments. There is organisation behind these standard briefs, organisation against granting the claims I should add.

An article such as the present one will never do justice to the sincerity and emotion or the technical and legal details of the various briefs submitted. In my reading of the papers I nevertheless identify, I believe, some areas of consensus.

First, there is little in support of the view that the rules introduced by the Biotech Directive do not apply to all applications, even if filed before 6 July 1998. So the answer to the first question seems to be “Yes”.

Secondly, and of considerably more significance, reliance upon the content of the specification as filed, and not upon subsequent technological advances, is regarded with very few exceptions as fundamental to the patent system.

SO, WHAT WILL THE ENLARGED BOARD DECIDE?

There’s always a risk in trying to predict the outcome of these important cases, and I emphasize that any such prediction will be distinct from the decision one thinks right: the prediction is of the actual result. My impression from the guarded comments of those I have discussed the case with is that there is an expectation that, on moral grounds, hESCs will be held unpatentable per se, being too close to and thus not truly isolated from the embryo – recall that an element isolated from the human body may be patentable.

My view is this: I can’t see the isolated cells themselves as falling within any relevant Article or Rule: they are to my mind indeed isolated from the human body and do not in themselves constitute use of an embryo.

There is however a problem. The specification as filed requires that an embryo be destroyed to make the hESCs. To me, this is critical and this is why the second major consensus is key: that technical teachings and advances available after the filing date, or starting material other than embryos available after the filing date, count for nothing. The invention must be judged on the basis of the content of the specification as filed, taking into account the information and common general knowledge available to the skilled person at that time and not afterwards. Remember that the specification has a clear recipe: take one embryo, destroy it and make hESCs.

To announce one’s view of the right decision, the decision the EBA should make, is a step too far. So, what decision will the EBA make?

I anticipate that isolated hESCs themselves will not be found unpatentable (in as much as they do not fall foul of any of the morality provisions of the EPC) but the application in suit will fail due to the need, according to the specification as filed, to destroy an embryo in the process of obtaining these hESCs.

Pure populations of hESCs enable derivation of cells and tissue of all types found in the adult human – thus the applications of this pure starting material are exciting and extensive. Technology moves on, however. Just as the question of patentability of these hESCs is being determined in G 02/06 so a development from Japan threatens to steal the commercial limelight.

The patent application covering this work was filed in 2006, published as WO 2007/069666, and the so-called “reprogramming” of tissue cells has since been faithfully reproduced in mouse and also human cells by various groups including one headed by none other than James Thomson, inventor of the very WARF application being considered in G 02/06 (see Yu, J. et al. Induced pluripotent stem cell lines derived from human somatic cells. Science 318, 1917–1920 (2007). Yamanaka’s methods start with adult cells, using no embryos, and offer the potential to provide cells and tissue which if based on adult cells taken from the patient will, it seems, be perfectly tissue-matched, avoiding the rejection problems seen in today’s transplants. Where this leaves human embryonic stem cells obtained from an embryo, patentable or not, remains to be seen.